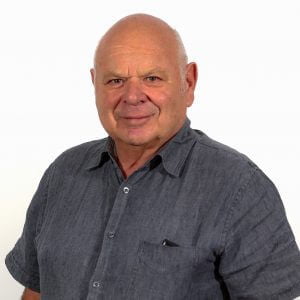 Franco brings significant lived experience of being a carer for a person with a mental health illness and with dementia and has been involved with HelpingMinds® since first joining and then running a share and care peer support group in 1996. In a time when the organisation was much smaller, Franco volunteered his time and skills including with the management of the purchase and refurbishment of the HelpingMinds® head office building.
He is a contractor, with many years of experience including previously running his own building company as a registered builder. 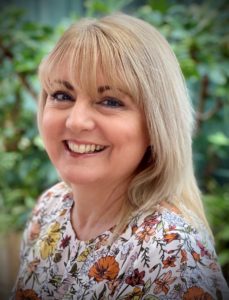 Deborah is the Chief Executive Officer of HelpingMinds® and leads a team of over 100 to deliver quality support services to families touched by mental ill health.

Prior to taking on this role Deborah was General Manager, Broadcast and Media at Sky Television in Auckland, New Zealand.

Having enjoyed over 25 years in the television industry Deborah made the decision to move into the ‘not for profit’ arena. In 2013 her family returned to Perth, WA, where she commenced her work with HelpingMinds.

Deborah brings a wealth of experience in television operations and in management of both smaller ventures and larger corporate enterprises. 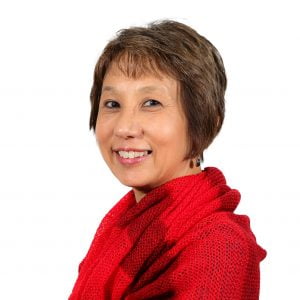 From February 1997 to May 2016, Bernadette was the Senior Clinical Psychologist with WA’s Transcultural Mental Health Service where she specialised in inter-relationship of mental health and cultural issues for migrants and refugees. She is now in a private transcultural mental health practice, a Co-Director of CrossCultural Intellect, and Adjunct Senior Lecturer at Curtin University. Bernadette’s work encompasses direct clinical service delivery, advice to community groups and service providers, developing and delivering numerous training seminars and workshops on various aspects of culture and mental health. Her work at the Transcultural Mental Health Service included providing advice to government and community groups in addition to undertaking collaborative research and publications with various universities. Bernadette’s comprehensive range of resource development initiatives were aimed at improving mental health literacy among ethnoculturally diverse groups and facilitating the transcultural process between the practitioner and consumer, their carer(s) and family. 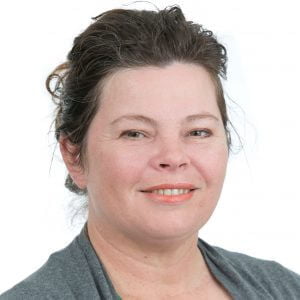 A graduate of Boston University’s Global Leadership Institute’s Recovery Class of 2013, Kerry is able to draw on both her lived experience as a family member of someone experiencing extreme and enduring distress, together with a professional career working as a project management consultant, strategic advisor for a federal government agency, and as a Director within the National Disability Insurance Agency (NDIA). She was the carer representative on the Western Australian Association for Mental Health (WAAMH) board for four years and is currently President of WAAMH. She is also the WA director for Emerging Minds, a national mental health organisation focusing on improving mental health outcomes for children, parents and families and a Board Member of Community Mental Health Australia (CMHA). She is a Commissioner on the National Mental Health Commission. 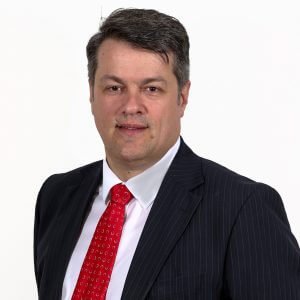 Andrew has been on the HelpingMinds® board since 2012, through most of that time as Treasurer having been inspired to join as the result of experience in caring for a relative with mental health care needs. He has been working in the not-for-profit sector for over 10 years. He is an accounting and finance advisor, having previously been a lecturer in Accounting at Curtin University, and before that with accounting firms and banks in Perth and the UK. He started his career investigating fraud for the Director of Public Prosecutions in WA. He is married with two children.

Special responsibilities: Board Treasurer, Chair of the Finance Sub-Committee and Member of the Partnership Review Sub-Committee 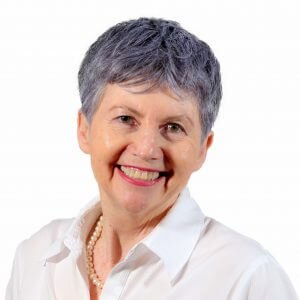 Elisabeth has been exposed to the impact of mental illness on family life from early childhood, having had an aunt with a chronic mental illness and a sister who has lived with the same illness for the past 40 years. Having studied law as a mature aged student, Elisabeth has an LLB (Hons) and has been practising primarily in administrative law, for the past 15 years. Prior to studying law Elisabeth worked as a Senior Investigator for the State Ombudsman and in a variety of management roles in local government. She is married with a ‘blended’ family of 4 children. Elisabeth is keen to use the skills she has acquired in various different capacities to support the provision of services for carers of the mentally ill. 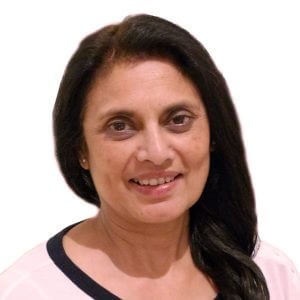 Mani has been fortunate to have lived and worked in both the Public and Private sectors in three continents, Europe (London), Africa (Nairobi), and now Australia (Perth). She maintains a close relationship with her community, which originates from Kutch, Gujarat, India. She volunteers at various events throughout the year and has previously served on her community committee as Vice President for three years. Mani has an insight on how communities work when living in different countries and the challenges this brings for families. Mental Health is not talked about openly in many minority communities due to stigma. Families try to manage the mental illness internally rather than reach out for assistance. Having witnessed first-hand the trauma and difficulty that the person affected and the carer is faced with Mani wishes to bring awareness of the assistance and support that HelpingMinds® can provide to assist the person, families and carers on their difficult journeys. 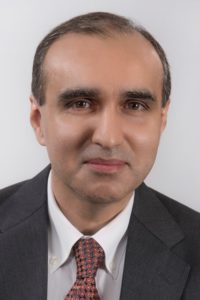 Kassem practises as a business and property lawyer. His experiences in the legal profession have shown him the importance of good mental health for all, and how critical this is in making good decisions and living a stable life.

Kassem has volunteered at non-profit and charitable bodies for much of his life, believing that these are part of the backbone of thriving civil societies, which deserve every support. He is committed to principled, effective action in aid of these causes.

Fred has worked in the mental health and health sector for the last 12 years, predominately in the Social Services, Health and Mental Health space for Government, and is passionate about providing Mental Health services to the community. As an Aboriginal man from Queensland, Fred has an in-depth knowledge of Aboriginal and Torres Strait Islander Mental Health, having lived and worked in the Indigenous community all his life. Previously, Fred has been a Director on the board of an Aboriginal Community Controlled Health Organisation, and worked and provided services to Remote, Rural and Urban Indigenous communities.

A Gumbaynggirr man with a strong understanding of Aboriginal people and culture, Leslie has worked in disability, mental health, the public sector and Indigenous Affairs space and most recently as a company director in a technological start up business operating in the disability sector. With the combination of strong governance knowledge combined with operational experience in many fields, Leslie identifies innovative methods and focusses on the impact that technology can have on individuals, businesses and the community. Already widely recognised and awarded as a business leader, Leslie has a passion for development within the community. 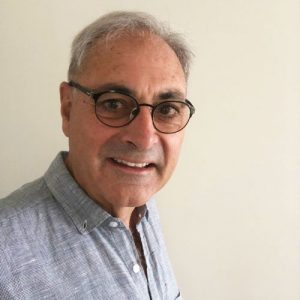 Mark brings lived experience as a carer for a person with mental illness. Additionally, he has worked in various WA health services for more than 40 years as a Social Worker, a Business Manager, and the last fifteen as Area Manager for South Metropolitan Mental Health Service 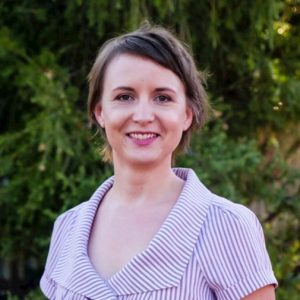 Imogen joined the HelpingMinds board in December 2020. Imogen worked as a clinical speech pathologist and manager before moving into project management to fulfil her passion for service development. She has since managed a number of large and complex health service initiatives within WA Health. Imogen brings knowledge and skills in clinical planning, governance, and project and change management. She is passionate about improving mental health outcomes and optimising use of available health resources.

How HelpingMinds® can help you during COVID-19

Newsletter Signup
Stay up to date with our news, school programs and much more.

Referral Form
Referring someone to HelpingMinds® is a simple process.

How We Can Help
Supporting Mental Health Issues For Families, Young People & Adults.

Get In Touch
All calls made to our Carer Centre will be directed to our metro or regional offices.

HelpingMinds® respectfully acknowledge that we work on Aboriginal land and pay our respects to community members and Elders, past and present. Individuals pictured are models and are used for illustrative purposes only.

HelpingMinds® is committed to embracing diversity and eliminating all forms of discrimination in the provision of health services. HelpingMinds® welcomes all people irrespective of ethnicity, lifestyle choice, faith, sexual orientation and gender identity. For more information, see our Diversity Statement.

HelpingMinds® prides itself on being an accessible and inclusive organisation, ensuring everyone who needs support is able to access the right service and receive the help they need. If you require accessible locations, an interpreter or translator services, please contact us. For more information, see our Disability Access and Inclusion Plan.

How We Can Help
Supporting Mental Health Issues For Families, Young People & Adults.

Get In Touch
All calls made to our Carer Centre will be directed to our metro or regional offices.

HelpingMinds® respectfully acknowledge that we work on Aboriginal land and pay our respects to community members and elders, past and present. Individuals pictured are models and are used for illustrative purposes only.

HelpingMinds® is committed to embracing diversity and eliminating all forms of discrimination in the provision of health services. HelpingMinds® welcomes all people irrespective of ethnicity, lifestyle choice, faith, sexual orientation and gender identity. For more information, see our Diversity Statement.

HelpingMinds® prides itself on being an accessible and inclusive organisation, ensuring everyone who needs support is able to access the right service and receive the help they need. If you require accessible locations, an interpreter or translator services, please contact us. For more information, see our Disability Access and Inclusion Plan.